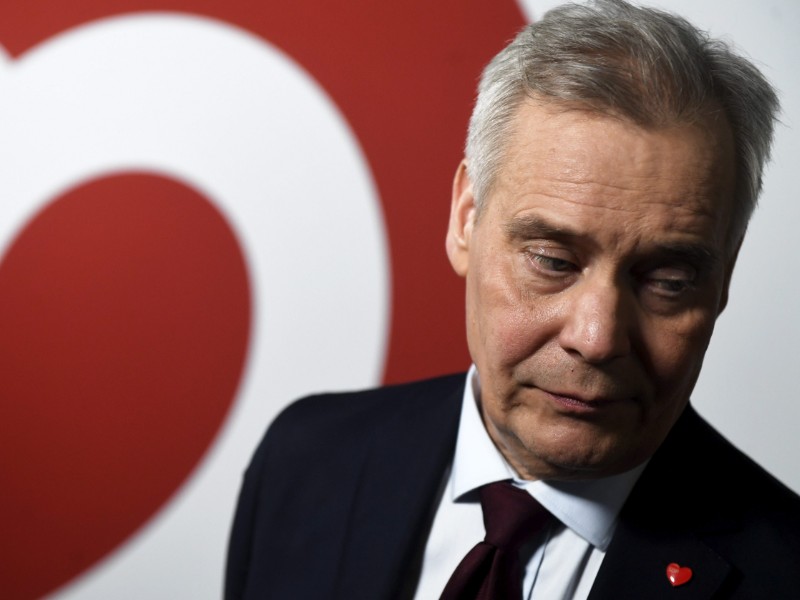 Antti Rinne, the chairperson of the Social Democrats, is set to lead the upcoming coalition formation talks after his party emerged from the parliamentary elections as the largest party in the Parliament. (Vesa Moilanen – Lehtikuva)

THE SOCIAL DEMOCRATIC PARTY will use its sustainable development agenda as a basis for drawing up questions to other parties in anticipation of the coalition formation talks, tells Antti Rinne, the chairperson of the Social Democrats.

“It’s impossible to define a single issue. It’s about the whole,” he commented in an interview on IL-TV on Monday.

“The Social Democrats considers it crucial that the care sector is fixed, that we have enough resources to put there and that we’re able to build the care guarantee. We’ll ask the same questions from all parties and make our evaluation based on them,” said Rinne.

The Finns Party, he estimated, may be different enough in terms of its values that the two parties cannot enter into the same ruling coalition.

“We’ll have to look at economic policy, social policy. As I’ve listened to the comments of the Finns Party’s chairperson, I’m not completely convinced that we can find an understanding. On the other hand, their position on all of these issues isn’t quite clear yet, so I’m not sure what their answers will be,” he said in a press conference on Monday.

Rinne added after the press conference that the economic policy of the populist party is leaning considerably to the right.

“The Finns Party’s economic policy direction, or what we know of it, is very rightist. Values are one key factors, and especially the values of chairperson Jussi Halla-aho are rather different. These are the things that separate us at the moment,” he said.

Rinne was also asked to estimate which economic policy issues could drive a wedge between the Social Democrats and National Coalition.

“I can’t tell at this moment. We’ll find out what are the current priorities as we draw up the questions,” he replied, adding that the Social Democrats believes tax cuts should be avoided under the current circumstances.