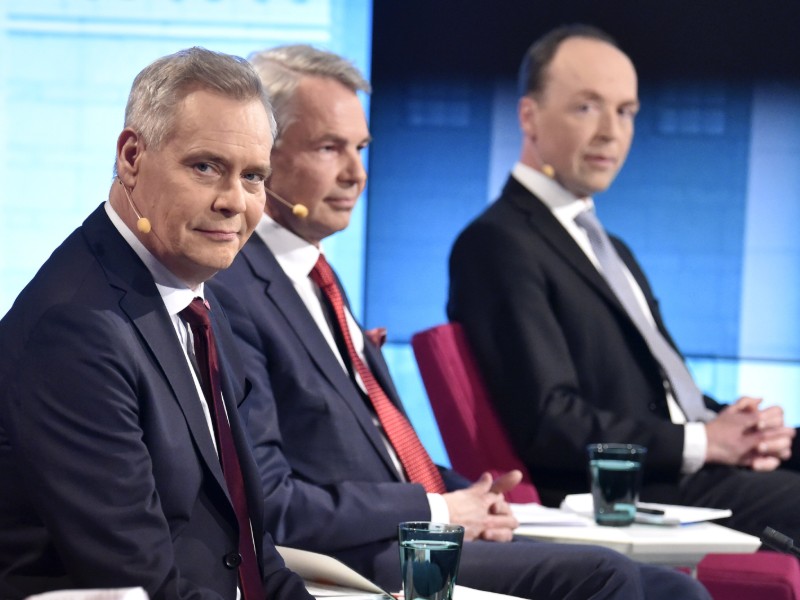 Antti Rinne of the Social Democrats (left), Pekka Haavisto of the Green League (centre) and Jussi Halla-aho of the Finns Party (right) took part in an election debate held on Thursday by YLE. (Jussi Nukari – Lehtikuva)

ANTTI RINNE, the chairperson of the Social Democrats, has stunned his fellow party leaders by suggesting unsuccessful asylum seekers should be allowed to work in Finland.

“[They should] get to work and quickly. Language training and then to work,” he retorted in response to a question about what should be done with unsuccessful asylum applicants who cannot be removed from the country in an election debate organised in Helsinki on Thursday by YLE.

Most of the other participants shot down the proposal, warning that it would severely undermine the credibility of the asylum system.

“This would be a way to circumvent our employment permit system,” noted Jussi Halla-aho, the chairperson of the Finns Party.

“It’s inexplicable if filing an asylum application becomes a way to enter Finnish labour markets. We can’t mesh these systems like that,” stated Sari Essayah, the chairperson of the Christian Democratic Party.

Petteri Orpo of the National Coalition and Juha Sipilä of the Centre Party stated that they agree with Essayah and Halla-aho. “If you receive a negative decision, it should really be a negative decision. If we then start handing out employment permits, it’ll crumble the entire system, underminine its credibility,” said Orpo.