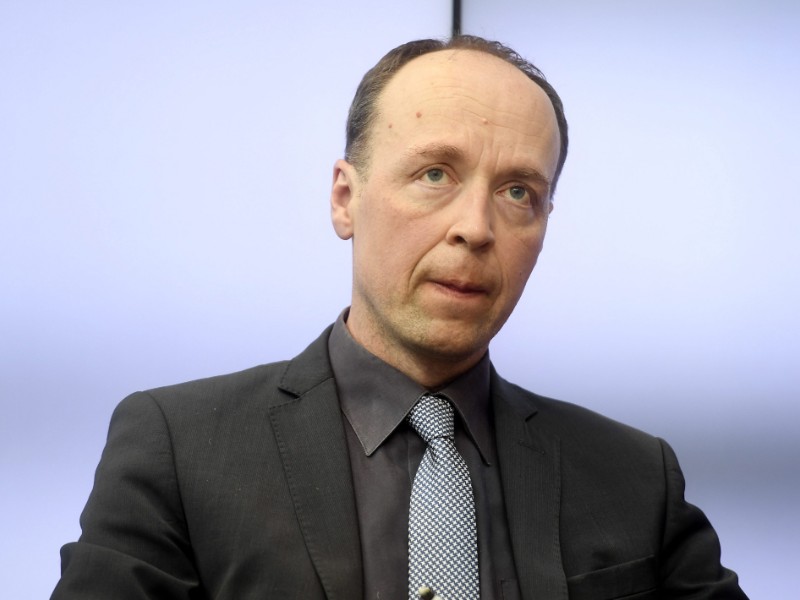 Jussi Halla-aho, the chairperson of the Finns Party, participated in a debate event organised in Helsinki on Tuesday by Helsingin Sanomat. (Vesa Moilanen – Lehtikuva)

THE LATEST POLL by YLE confirms both of the two major trends observed in recent polls by Alma Media and Helsingin Sanomat: the Finns Party is on a steep upward trajectory and not a single party is projected to win over 20 per cent of the vote.

YLE on Thursday said the Finns Party has emerged as the second most popular party in the country after registering an increase of 1.2 percentage points in support to 16.3 per cent.

The ongoing public debate about immigration and sex crimes is one of the reasons for the surge in support for the populist opposition party, Sami Borg, a member of the Election Study Consortium from the University of Tampere, told YLE.

“The Finns Party has succeeded in offering a clear alternative also in the debate about climate change,” he added. “And [Jussi] Halla-aho has obviously succeeded in leading the campaign.”

The Social Democratic Party, which has topped the three major polls practically throughout the entire campaign period ahead of the parliamentary elections, saw its popularity fall by 1.1 percentage points to 19.0 per cent, according to YLE. The National Coalition and Centre both recorded an up-tick of of 0.1 percentage points in support, to 15.9 and 14.5 per cent, respectively.

Taloustutkimus interviewed a total of 1,969 people for the poll on 1–9 April.

Tuomo Turja, the managing director of Taloustutkimus, reminded to the public broadcasting company that it would be premature to announce the winner of the elections despite the advantage of the Social Democrats.

“Studies have shown that a growing number of voters don’t make their decision until the last possible moment, possibly on the last day of voting,” he reminded. “Whoever wins the elections, it’ll be difficult to form a government with these numbers. The second place at least is up for grabs. Two or three parties are after it.”

The Green League and Left Alliance both witnessed a decline in popular support, the former from 13.0 to 12.2 per cent and the latter from 9.8 to 8.7 per cent. The Swedish People’s Party and Christian Democrats, by contrast, saw their popularity increase by 0.6 and 0.8 percentage points to 4.9 and 4.3 per cent, respectively.

The Blue Reform saw its support rating drop by 0.1 percentage points to 0.8 per cent, reported YLE.

The Ministry of Justice reported yesterday that over 1,535,000 voters, equivalent to 36.1 per cent of all eligible voters, cast their vote in advance of the parliamentary elections held on Sunday, 14 April.