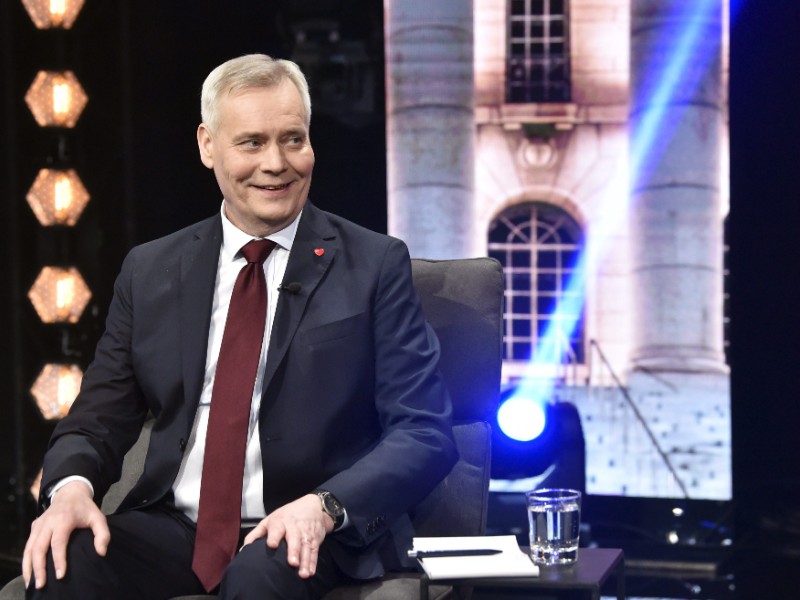 Antti Rinne, the chairperson of the Social Democrats, took part in a televised debate between the chairpersons of five political parties in Helsinki on Tuesday, 2 April 2019. (Jussi Nukari – Lehtikuva)

PRIME MINISTER Juha Sipilä (Centre) has cautioned the next government against raising labour and corporate taxes in Finland.

Sipilä on Tuesday warned that the tax increases could severely undermine the effort to raise the employment rate closer to 75 per cent and that, if unemployment began to creep up, the country could find itself in the same downward spiral it was four years ago.

His remarks were directed particularly at Antti Rinne, the chairperson of the Social Democratic Party, which has come under criticism particularly for its advocacy of corporate tax increases.

“Antti, raising labour and corporate taxes would take you in the opposite direction. We saw what happens when you raise the taxes during the previous electoral term,” he stated during an election debate organised in Helsinki on Tuesday by MTV, referring to the coalition government led by the National Coalition and Social Democrats in 2011–2015.

“We got 100,000 more unemployed people. We’ve now gotten 140,000 new jobs [over the past four years]. One of the contributing factors is that we’ve relaxed labour taxes moderately,” said Sipilä.

The National Audit Office of Finland in 2014 noted in an assessment of tax policy impacts that income and capital tax rates crept up by roughly a percentage point during the tenure of Prime Minister Jyrki Katainen (NCP) in 2011–2014. Corporate tax rates, on the other hand, were reduced considerably by the ruling five-party coalition.

The Social Democratic Party faced criticism for its tax programme also from Minister of Finance Petteri Orpo (NCP), who described the tax increases forwarded by the opposition party as “a hit to the head of economic growth”.

Rinne argued that the increases are “investments in future” and will pay themselves off over time.

The National Coalition, on the other hand, has faced criticism for its advocacy of cuts in income tax rates. Orpo on Tuesday responded to the criticism by reminding that the party is prepared to fund the tax cuts from within the existing budgetary framework by, for example, raising other taxes.