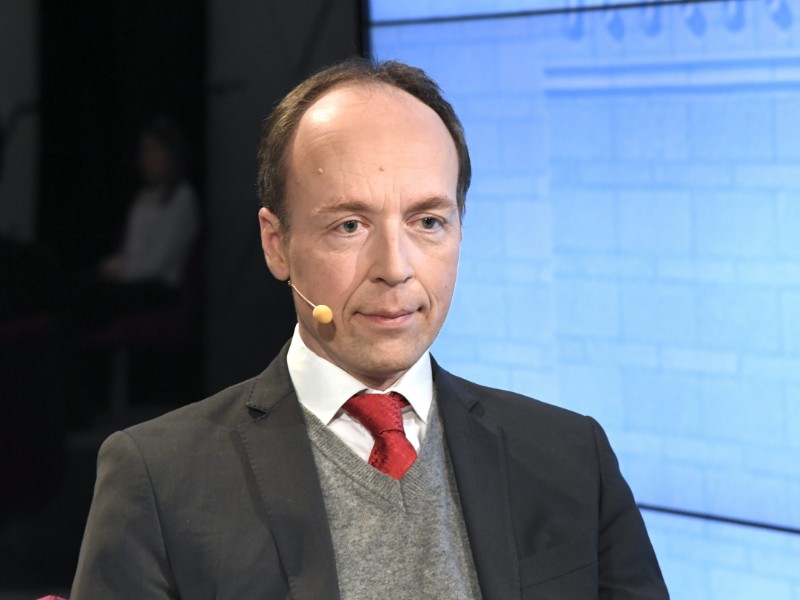 Jussi Halla-aho, the chairperson of the Finns Party, took part in an election debate organised by YLE in Helsinki on 14 March 2019. (Markku Ulander – Lehtikuva)

THE FINNS PARTY made by far the biggest gains in the latest opinion poll commissioned by YLE.

The public broadcasting company revealed today that popular support for the right-wing opposition party increased by 1.8 percentage points to 15.1 per cent between February and March, meaning only 0.7 percentage points stand between the party and the National Coalition.

“The Finns Party are getting more and more support from people who can’t or won’t tell which party they voted for in the elections of 2015,” Tuomo Turja, the managing director of Taloustutkimus, commented to YLE on Friday.

The Social Democratic Party remains by far the most largest party in the country, even though support for the opposition party fell by 1.2 percentage points from the previous poll to 20.1 per cent. The National Coalition, in turn, is polling at 15.8 per cent following a 0.4 percentage point drop in popular support.

The Swedish People’s Party and Blue Reform both saw their popularity drop, the former by 0.4 percentage points to 4.3 per cent and the latter by 0.9 percentage points to 0.9 per cent. The Christian Democrats, on the other hand, stayed put at 3.5 per cent, according to YLE.

Taloustutkimus interviewed a total of 1,954 people for the poll between 6 and 26 March.