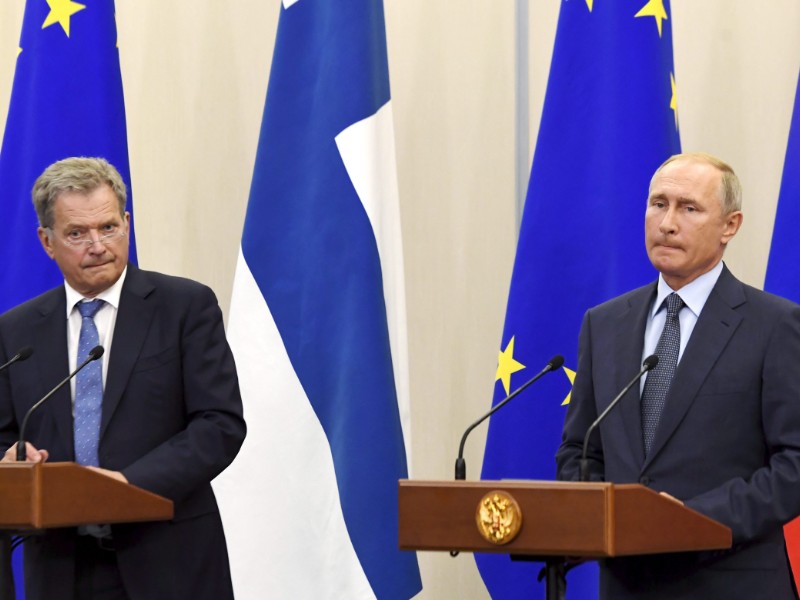 RUSSIA has become “a fixed factor” that has to be taken into consideration whenever scaling defence capabilities and conducting security assessments in Finland, concludes a report commissioned by the Finnish Ministry of Defence, Ministry of the Interior and Ministry for Foreign Affairs.

Over 40 Russia experts contributed to the report published in Finnish by the Ministry of Defence on Tuesday, 12 March.

The authors estimated that security assessments and military capacity-related questions have become an instrumental part of Finland—Russia relations, also in peacetime.

“Russia has used and will probably continue using its armed forces increasingly to communicate its own views, displeasures and the importance of its interests,” they stated.

“The challenges for Finnish defence include the Russian armed forces’ increased readiness to quickly initiate military action under peacetime circumstances, the Russian state’s ability to sustain prolonged military conflicts and the use of armed forces in state-led information struggles and indirect action.”

Finland, they underscored, must continue to improve its overall security situation while ignoring its eastern neighbour’s attempts to influence the security policy debate and security policy-related decision-making.

One of the influence activities identified in the report is sending two, somewhat conflicting messages: First, that Russia values its neighbourly and well-functioning relationship with Finland. Second, that Finland should not take the positive relationship for granted and should take its neighbour’s interests into consideration in political decision-making.

The experts pointed out that the first message is communicated primarily in official statements and high-level meetings. The second, in turn, is conveyed primarily through more indirect and informal channels, as evidenced by the unexpectedly sharp increase in the number of asylum seekers arriving from Russia to Finland in 2015–2016.

Hundreds of asylum seekers a month entered the country through the border-crossing points of Salla and Raja-Jooseppi in Eastern Lapland between November 2015 and January 2016.

“For Finland, the events serve as an important reminder that the established practices and long-standing co-operation that has continued without any problems for years can change abruptly and without explanation,” the report states.