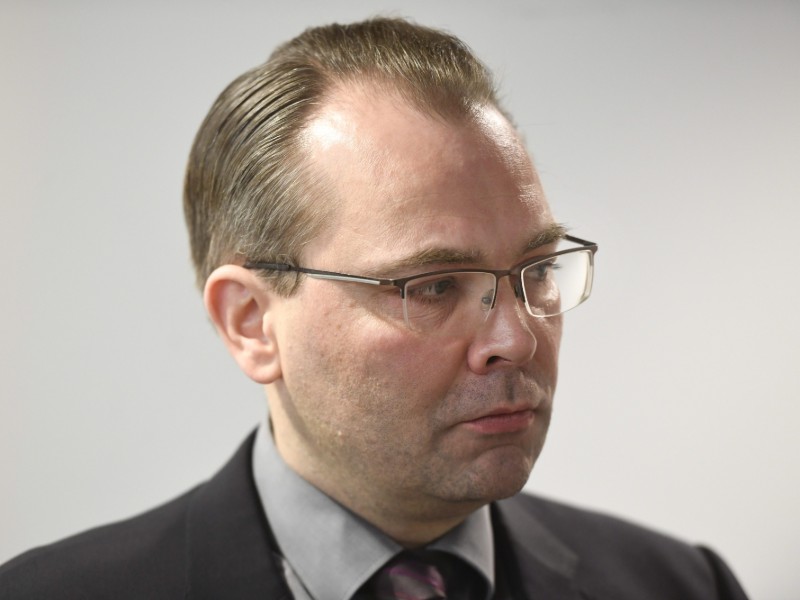 The Finnish Parliament must shape up and start respecting its own work, states Jussi Niinistö (BR), the Minister of Defence. (Credit: Heikki Saukkomaa – Lehtikuva)

JUSSI NIINISTÖ (BR), the Minister of Defence, on Tuesday lashed out in his blog at the two constitutional law experts who stirred up concerns about the constitutionality of the long-discussed bills for new intelligence laws in Finland.

Paula Risikko (NCP), the Speaker of the Parliament, announced last week the bills will be sent for further review to the Parliament’s Administration Committee and Constitutional Law Committee.

“It is hardly usual to send statements from the session hall back to a committee. It becomes exceptional when it is done because of tweets,” wrote Niinistö.

Niinistö made no attempt to conceal his exasperation with the two experts: Juha Lavapuro, a professor of public law at the University of Turku, and Martin Scheinin, a professor of international law and human rights at the European University Institute in Florence, Italy.

“These Talibanis of constitutional law have concealed their own ideological goals in a veil of expertise and tried to use social media to put pressure on a nationally elected Parliament,” he stated. “And the Parliament gave in, despite the fact that these interpreters of law had been heard several times in the Parliament (receiving reimbursements of 670–1,340 euros per statement).”

“But apparently everything they said was not taken 100 per cent into consideration, because they had to resort to extra-parliamentary measures,” bemoaned Niinistö. “These Talibanis have pushed through their will irrespective of democracy. The Parliament must shape up and start respecting its own work and its democratic foundation.”

The Parliament, he viewed, has been tremendously thorough in drafting the bills for new civilian and military intelligence laws.

The roles of Lavapuro and Scheinin have also stirred up debate in connection with the preparatory work on another long-discussed legislative project: the social, health care and regional government reform. The Finnish Union of University Professors, however, has reminded that commenting on topical social issues falls within the remit of professors.

“The universities act prescribes that, in addition to conducting scientific research, professors should participate in social interaction in their own fields,” it highlighted.