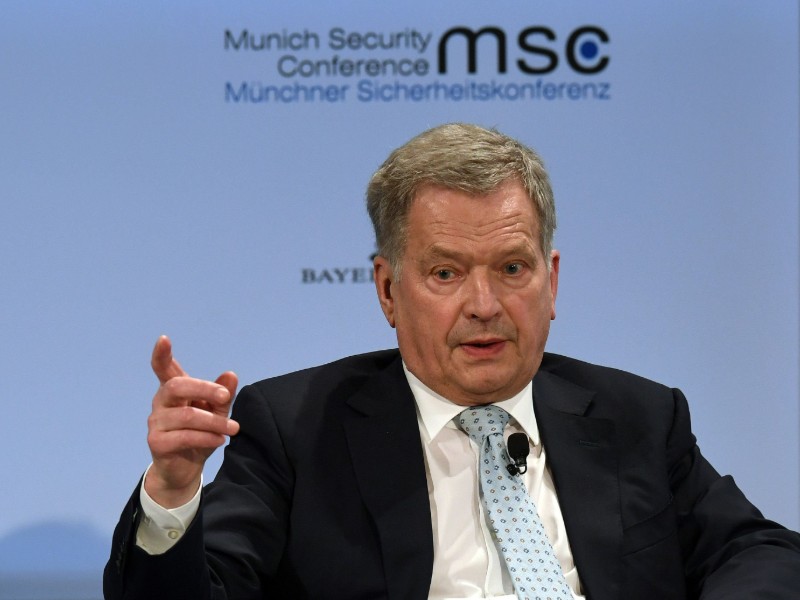 PRESIDENT Sauli Niinistö has voiced his concern about the possible collapse of a treaty between Russia and the United States to eliminate intermediate and shorter-range missiles.

Niinistö warned at the Munich Security Conference on Saturday that Europe could consequently be headed towards a situation that could be perceived as the end of diplomacy or an uncontrollable situation similar to the Cold War in the 1960s.

“The [Intermediate-Range Nuclear Forces] INF Treaty was signed to protect Europe. Europe will be the big loser if it’s not followed,” he said during a panel discussion on nuclear arms control.

The United States announced at the beginning of the month it will withdraw from the treaty, originally signed by Presidents Mikhail Gorbachev and Ronald Reagan in 1987. Russia followed suit only a day later, saying also it is suspending its participation in the treaty.

Niinistö on Saturday also speculated on the possibility of extending the treaty in regards to Europe and continuing to prohibit the placement of weapons banned under the treaty between the Ural Mountains and Atlantic Ocean.

The European Union, he also emphasised, should seek to restore its ability to speak with a common voice to ensure its message does not fall on deaf ears.

“If there are a lot of different messages, no one will hear them,” he explained.