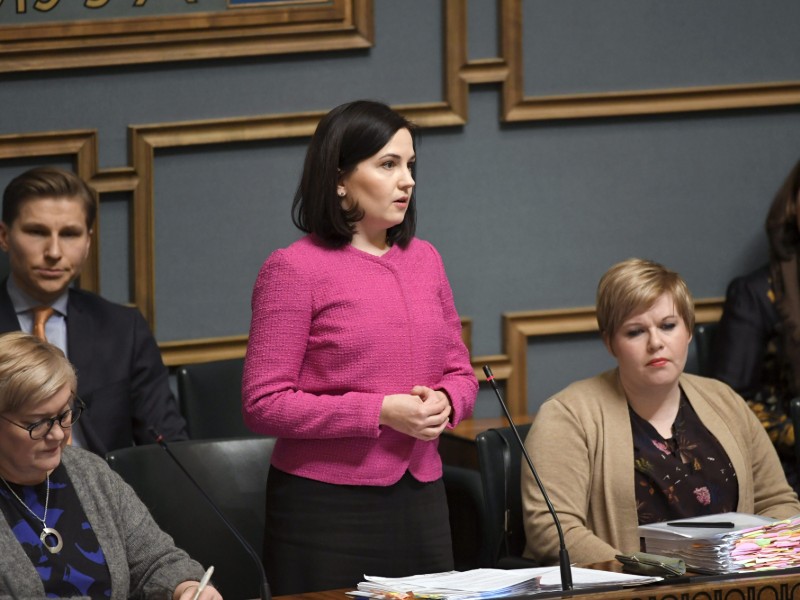 SANNI GRAHN-LAASONEN (NCP), the Minister of Education, has revealed she will appoint a task force to draft a list of proposals to promote foreign-language learning in kindergartens and schools in Finland.

Grahn-Laasonen on Sunday expressed her concern about the decrease and unilateral nature of foreign-language learning by young people, highlighting that the number of pupils studying a voluntary foreign language has decreased by roughly 33 per cent over the past 20 years.

“Diverse language skills are among the most important future skills in an internationalising world,” she underscored in a press release.

“Children have an amazing ability to learn new things. The decision we have made will enable us to take better advantage of the critical period for language learning. The motivation developed during the first school years can, at best, be sustained and encourage people to study foreign languages throughout their lives.”

The Finnish government decided last autumn to introduce foreign languages to the curriculum for first graders nationwide by the spring of 2020.

Grahn-Laasonen on Sunday said the new task force will set its sights even further, introducing language immersion to kindergartens and expanding the selection of foreign languages available to primary-school pupils. The work of the task force is based on proposals made by Riitta Pyykkö, a vice rector at the University of Turku.

The conclusions drawn by the task force will make it possible to decide on new measures as soon as at the start of the next electoral term, according to Grahn-Laasonen.

The Finnish National Agency for Education (OPH) has reported that interest in foreign-language learning appears to have peaked in the mid-1990s. While over four in ten (41%) of fifth-graders were studying a voluntary foreign language in 1997, the share had dropped to 24 per cent by 2009 before rebounding slightly to 27 per cent in 2017.

“The teaching of a second foreign language must start earlier. The objective must also be that more people choose a more uncommon language in addition to English,” said Grahn-Laasonen.