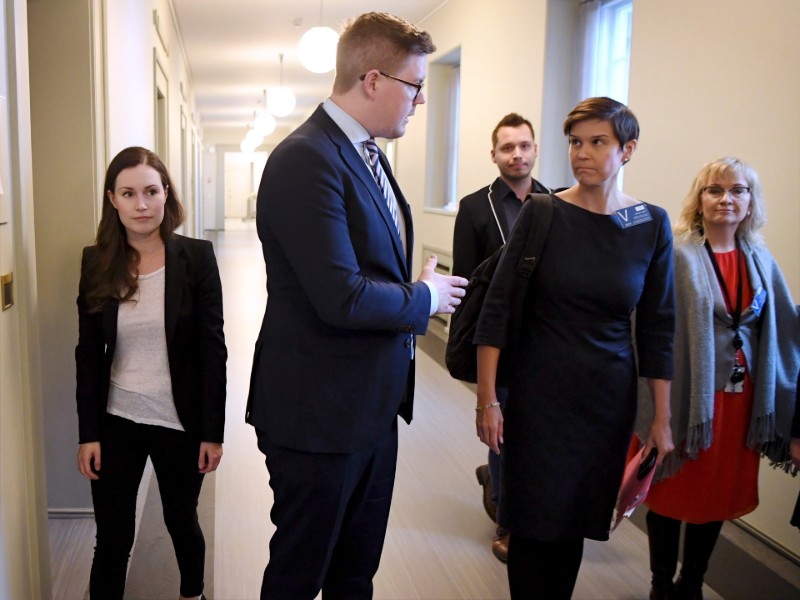 The Social Democratic Party has held on to its status as the most supported party in Finland, in spite of the extended absence of its chairperson and prime ministerial candidate Antti Rinne, indicates an opinion poll by Alma Media. (Credit: Jussi Nukari – Lehtikuva)

THE CENTRE PARTY has seen its popularity drop below the 15 per cent-mark for the first time in a couple of months, indicates a poll commissioned by Alma Media.

Only 14.4 per cent of the 1,500 people surveyed earlier this month said they would vote for the party if the parliamentary elections were held today, signalling a drop of 1.1 percentage points from the previous poll.

The Centre has therefore seen its popularity plummet by over 6.5 percentage points after winning 21.1 per cent of votes in the parliamentary elections held in April 2015.

The Social Democratic Party, meanwhile, remains the most well supported political party in Finland, according to Alma Media. Popular support for the largest opposition party crept up by 0.3 percentage points to 21.0 per cent, representing the first gains made by the party since September 2018.

Support for the Green League hovered around the 13 per cent-mark for already the fourth consecutive month, indicating that the opposition party may have used up the injection of energy provided by its caretaker chairperson, Pekka Haavisto.

The race for the position of the fifth largest party in the country has turned on its head since September. The Finns Party has been on an upward trajectory and saw its popularity creep up by 0.2 percentage points to 9.9 per cent between December and January. The Left Alliance, in contrast, saw its popularity dwindle by 0.2 percentage points for the fourth consecutive month, to 8.9 per cent.

In September, the Left Alliance was projected to win 9.5 per cent and the Finns Party 7.7 per cent of votes in the parliamentary elections.

The poll was conducted between 14 and 28 January by Tietoykkönen. Over three-quarters (76.3%) of the respondents were able and willing to disclose which party would receive their vote.

The next parliamentary elections will be held on Sunday, 14 April.