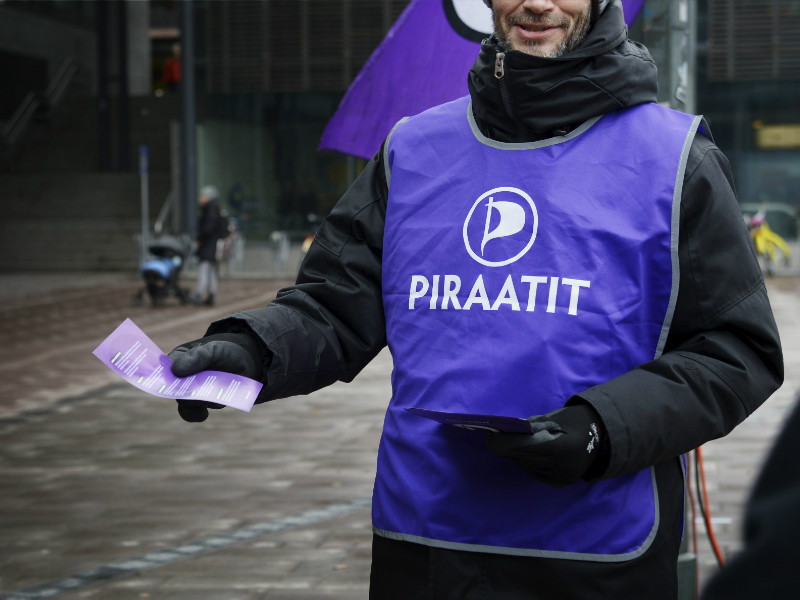 The Pirate Party of Finland has won a council seat in Helsinki and Jyväskylä on Sunday, after coming up empty-handed in the three first elections held after its establishment in 2008.

The Pirate Party of Finland is finally beginning to reap the fruits of its long-standing efforts to establish itself in the political arena, rejoices Tiina Malinen, a deputy chairperson of the party’s district organisation in Pirkanmaa.

The Pirate Party won its first two seats in the municipal elections held on Sunday, after coming up empty-handed in the first three elections organised after its foundation in 2008.

“They did not do it alone, but we are thankful for the breakthrough to our numerous supporters and active members across the country,” Malinen writes in a blog on Puheenvuoro.

Malinen also expresses her delight with both the political breakthrough of another fledgling party, the Feminist Party, and the losses suffered by each of the four largest parties in Finland – the Centre Party, the National Coalition, the Finns Party and the Social Democrats.

“I am particularly pleased to see support for all of the four largest parties decline and 44 per cent of council seats being re-distributed,” she said.

The Feminist Party’s Katju Aro won a seat on the Helsinki City Council with a vote tally of 1,542.

Malinen estimates that the winners of the elections, the Green League and the Left Alliance, are both youthful parties capable of constructive co-operation with the Pirate Party of Finland. “The election results on the whole seem to signal a power shift, perhaps not an immediate one but one in a positive direction,” she says.