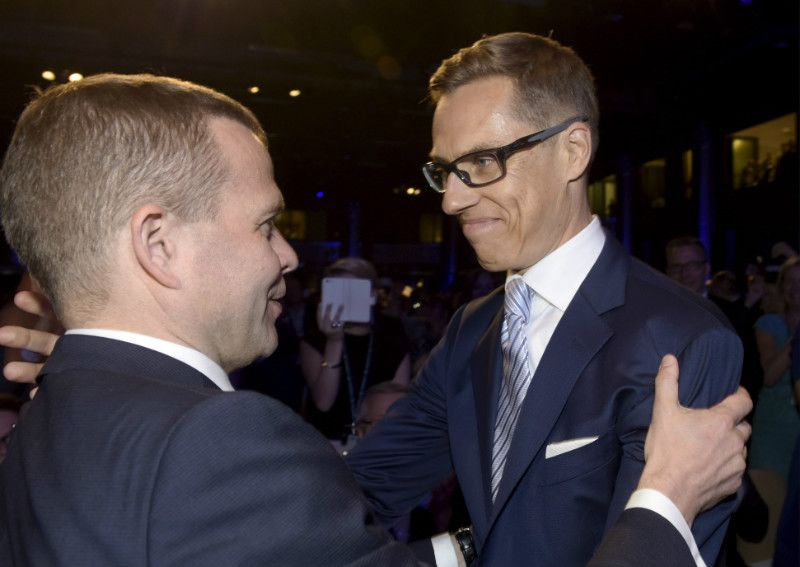 Petteri Orpo (NCP), the Minister of the Interior, has announced his intention to take over from Alexander Stubb (NCP) as the Minister of Finance after being elected as the chairperson of the National Coalition Party in Lappeenranta on Saturday.

Orpo refrained, however, from commenting on his plans for the portfolio of the Minister of the Interior. “It'll be time for those decisions soon, but not quite yet,” he said.

It presently remains unknown whether or not the newly-elected chairperson is to set aside a high-powered role for his predecessor in the Government or the National Coalition. Stubb, who declined to comment on his future after losing the election, won a seat in the Finnish Parliament roughly a year ago but cannot return to the European Parliament under the rules of the European Union.

Regardless of his unwillingness to speculate on any appointments, Orpo estimated that both of his rival candidates, Stubb and Elina Lepomäki, continue to have plenty to offer to the National Coalition – similarly to one of the most influential supporters of his leadership campaign, Jan Vapaavuori (NCP), a Vice-President of the European Investment Bank (EIB).

Orpo revealed that he has already talked briefly with Prime Minister Juha Sipilä (Centre), who announced that a ministerial shake-up is on the horizon while addressing the party faithful in Seinäjoki earlier on Saturday. Orpo is expected to table his proposal for the shake-up in his meeting with Sipilä on Monday.

The Centre, on the other hand, will not rotate its ministerial portfolios, according to Sipilä.

Orpo also pledged his long-term commitment to restoring public confidence in the National Coalition Party. He reminded that he decided to run against the incumbent chairperson roughly a month before the party conference due to murmurs about a lack of trust, need for change and internal disarray emanating from within the party.

“The message that it's time for a change became clearer during the course of the spring," he said. “It's time for down-to-earth policy-making. What also became clearer was an air of internal disarray within the National Coalition.”

“[Stubb] is a phenomenon, a great personality and a completely new breed of politicians. He has a different approach to policy-making.”

Orpo also voiced his disappointment with both the Government and labour market organisations for their failure to find a truly impactful agreement on measures to improve the employment situation.

“The Government has a strategic government programme. It gives us a possibility to accomplish a lot, and it's not an obstacle to rational policy-making,” he stated. “I want to increase the agility of coalition co-operation. Decisions haven't been made fast enough.”

Orpo snapped at Sipilä for ignoring the concerns of the National Coalition on a number of issues over the past twelve months. “The premise for me must be that the ruling coalition makes decisions unanimously. The two-against-one approach is unsustainable. I hope that this is understood also by the chairperson of the Centre.”

He then turned his attention to labour market organisations and the competitiveness pact that was completed on Friday after a final approval from the Finnish Metalworkers' Union.

“The pact is a good agreement, but it isn't the kind of competitiveness leap we were hoping for,” said Orpo.

The National Coalition, he assured, has no intention of eroding the position of labour market organisations – let alone wage earners – under his leadership. Orpo admitted to being disappointed with how long it took employee and employer representatives to find common ground in the recently-concluded negotiations.

“We must be able to find common ground, but more swiftly. The recently-concluded negotiations were far from a perfect performance from the viewpoint of the Government. I'm disappointed with how the labour market mechanisms responded to an obvious need [to restore the competitiveness of businesses],” said Orpo.

“We'll see the pact through. I'm of the opinion that it should tie the hands of the Government as little as possible. The question of how to promote local bargaining at workplaces and enhance the flexibility of labour markets remains unanswered,” he reminded.