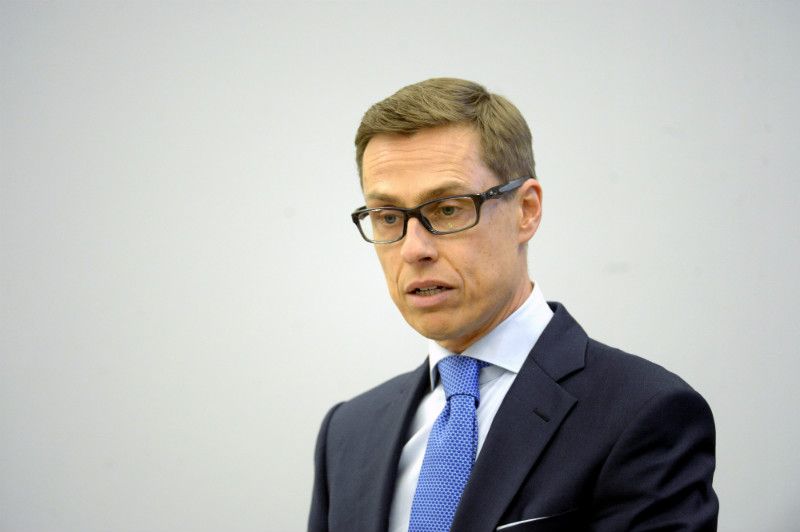 Alexander Stubb, the chairperson of the National Coalition Party, has come under criticism from the right-wing quarters of his party mainly due to their disillusionment with the so-called competitiveness pact, Erkka Railo, a senior research fellow at the Centre for Parliamentary Studies of the University of Turku, analyses in an interview with Uusi Suomi.

“Stubb has disappointed the right wing as a chairperson. [He] has made promises he hasn't been able to keep,” he says.

The criticism faced by the incumbent chairperson is nonetheless somewhat unfair because he has inevitably had to make compromises in the ruling coalition, says Railo. The crux of the disappointment is according to him the corporatist model of Finland – or, the labour market system and the power it wields.

“The right wing is having a hard time coming to terms with the compromises. It has been shown that the corporatist model is hard as steel in Finland. If you want a general strike, go ahead and have one. Even [Prime Minister Juha] Sipilä (Centre) has had to give in,” says Railo.

Sipilä aggressively pursued changes to the terms and conditions of employment at the start of his term in office, but he has since had to back down on his demands.

Railo gauges that the same lack of understanding of the status quo of the labour markets that was evident during the first few months of the term of Sipilä is presently evident in the remarks of Harry Harkimo (NCP) and Elina Lepomäki (NCP) as they are reportedly gearing up to take on Stubb in the race to lead the National Coalition.

Stubb profiled himself as a staunch opponent of corporatism during his roughly one-year term as Prime Minister by, for example, calling for an overhaul of the labour markets in December 2014.

Statements such as this raised too high hopes among the right-wing quarters of the National Coalition, estimates Railo.