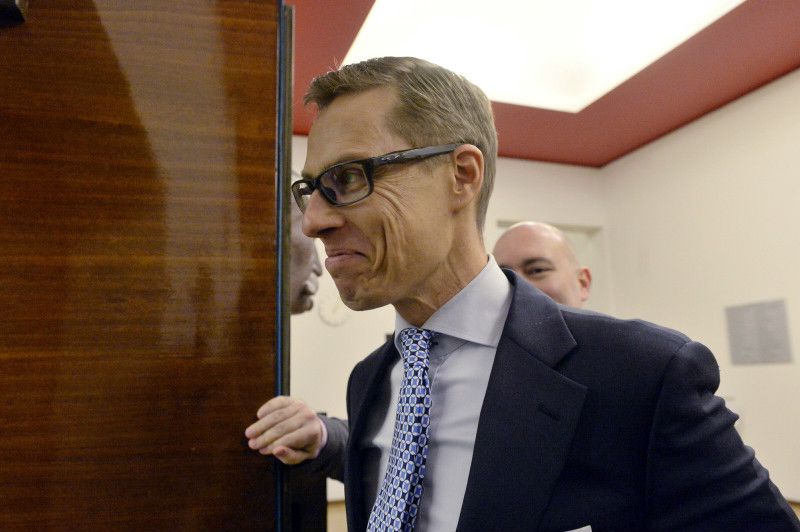 Several senior members of the National Coalition Party have affirmed their support for Alexander Stubb, the Minister of Finance, in an unusual public letter amid ongoing speculation over his future at the helm of the party.

“We pledge our full support for Alexander Stubb in his efforts to lead the party and steer the coalition co-operation on behalf of the National Coalition,” they write.

One of the first signatories of the letter, Kari Tolvanen, the chairperson of the NCP's district organisation in Uusimaa, admits in an interview with Helsingin Sanomat that the purpose of the letter is to tone down speculation over the looming leadership race.

“There's quite enough time to campaign in June. Let's deal with the difficult decisions first,” he says to the daily.

First-term Members of Parliament Harry Harkimo and Elina Lepomäki are currently the only party members to confirm that they are considering running against Stubb in the race to lead the National Coalition.

The signatories of the letter also remind that politics is an endurance sport.

“It is no use becoming tired along the way, even though there will always be some difficulties. We appreciate the fact that Stubb has committed to his responsibilities in the long term and declared his willingness to seek re-election as party chairperson. It is an indication of his commitment, which is currently needed to overhaul the operations of the National Coalition,” they state.

“Stubb is seeking re-election and we hope that [he] will be granted the time to deal with issues that are important for Finland. We are confident that he will do his utmost and that we together can make decisions that are important for both Finland and, thereby, the National Coalition in order to foster the future well-being of our country,” they add.

Erkka Railo, a senior researcher at the Centre for Parliamentary Studies of the University of Turku, estimated in an interview with STT on Sunday that the letter is an unusual attempt to tone down the speculation. He added that he cannot recall a similar incident in the recent history of Finland.