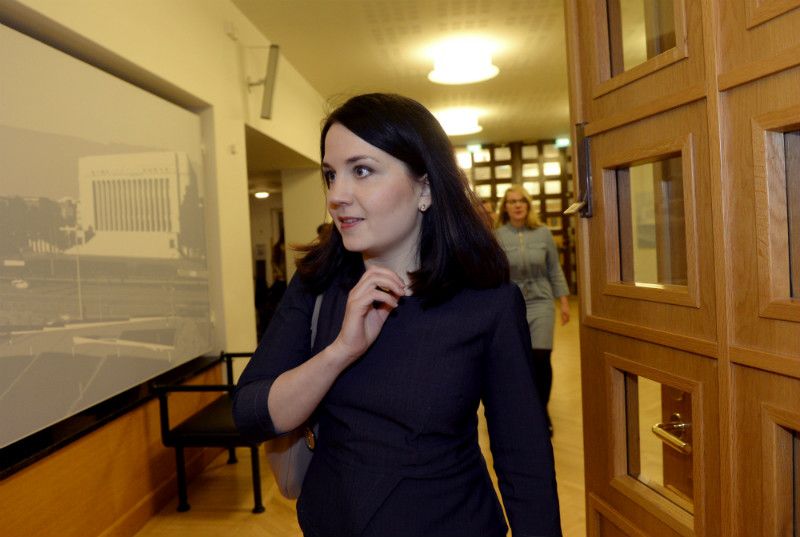 Sanni Grahn-Laasonen (NCP), the Minister of Education and Culture, has responded to the onslaught of criticism she has received from the academia over drastic cuts in education spending.

“The professors are right,” she admitted on her blog on Sunday, referring to a report by Helsingin Sanomat that hundreds of professors estimate that the Government has failed in its higher education policy.

“No one is of the opinion that cutting from education and research is good news. No one else in our society hopes they will be targeted by cuts, and no one is happy having to make the cuts,” Grahn-Laasonen writes.

Finland, she reminds, has had to add roughly five billion euros to its debt burden to fund its service and welfare infrastructure. She also points out that economic growth remains weak, that the ranks of the jobless have swelled to nearly 400,000, that the credit rating of Finland was downgraded on Friday and that the European Commission expects the country's economic struggles to continue.

“Appropriations for higher education and research will be cut from 3.2 to 3.1 billion euros in the main category of the Ministry of Culture and Education in the current electoral term. […] The figure does not take into account the capitalisation of higher education institutions by 220 million euros,” she says.

Grahn-Laasonen reminds that the funding of universities alone has increased by roughly 800 million euros in the 2000s.

“University appropriations will not collapse, but their real value will drop to the levels of 2009 after an extended period of growth – not because of hostility towards education but because of our debt-equity ratio,” she writes.

She argues that structural reforms are a means to offset the effects of the spending cuts and promote efficiency and quality.

She also gauges that research activities are carried out by too small units in Finland.

“Finland needs a more science-friendly climate. The academia and policy-makers speak different languages. Policy-makers have the responsibility to express their willingness for dialogue and respect for experts instead of making offhand remarks. I also hope universities appreciate the amount of economic pressure on Finland. Cutbacks are being made across the board. They are not an indication of hostility towards anyone but a necessity under very difficult circumstances,” she comments.