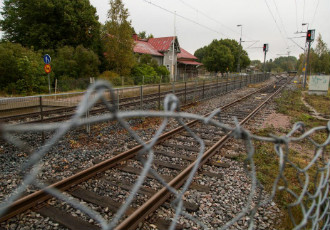 A parliamentary discussion on the national budget for next year began yesterday amid considerable unrest.

Antti Lindtman, the chairperson of the Social Democratic Parliamentary Group, suggested the party is considering lodging an interpellation against the proposed cuts in rail traffic to compel Anne Berner (Centre), the Minister of Transport and Communications, to re-consider the cuts of 13.5 million euros.

The cuts in public transport services outlined by the Government are set to result in the end of passenger traffic at 28 railway stations across the country as the Government would no longer pay VR for services on certain routes. Berner has pledged that the services will be replaced with “market-based bus services” that do not place an additional burden on the national budget.

“If minister Berner does not backtrack on her plans, we'll have no choice but to consider filling an interpellation,” warned Lindtman.

He pointed out that the sum of 13.5 million euros is insignificant for the national budget but significant for the preconditions of living in the provinces. “Forest industry firms have similarly pleaded with the Government regarding the matter,” he added.

Several representatives of the ruling parties, he reminded, have also criticised the decision. “Do provincial MPs stand by the decision?” Lindtman asked.

Issues that fall within the purview of the Ministry of Transport and Communications were discussed at the Parliament on Tuesday evening.

An interpellation is a means to the opposition parties to call attention to issues they deem important and inevitably leads to a vote of confidence.