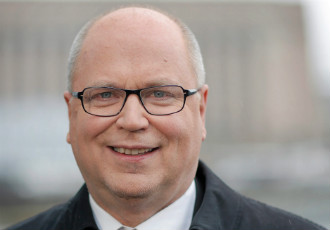 Eero Heinäluoma (SDP) has revealed that he has never come across as many undecided voters on the campaign trail as he has this spring.

“I have met more people than ever before who said that they've decided to switch parties and are currently thinking about who to vote for. I predict that the elections will be full of surprises,” the Speaker of the Parliament says.

The political acumen of Heinäluoma is based on his practically unrivalled experience. He has not only served as the Speaker of the Parliament but also as a party secretary, the chairperson of a parliamentary group and a cabinet minister.

It is possible, Heinäluoma estimates, that the issue that will decide the outcome of the parliamentary elections has yet to arise. “The issue may arise in the next two weeks. People are currently thinking what to base their decisions on.”

With as many as 40 per cent of voters yet to make up their mind, voter turnout may decline from 70.5 per cent measured in the 2011 parliamentary elections. “Major surprises are possible when that 40 per cent makes its move,” Heinäluoma points out, also acknowledging that the risk of voter turnout declining is genuine.

“The election debate hasn't been as structured as it has been before. There are several topics, and the debate has been cacophonous. It has been difficult to keep up with. How do ordinary voters find the options?”

Heinäluoma would welcome a debate that allowed voters to differentiate between political parties and the options they are offering. Employment and competitiveness, he believes, should nevertheless be at the heart of the debate. He also believes further discussion on the distribution of cost-cutting targets between population groups as well as on whether or not the Government should seek broader support for its decisions is warranted.

In Finland, voter turnout is subject to regional variation on the basis of the socio-economic status of voters. Heinäluoma is well aware that while 90 per cent of high-income and well-educated voters as well as farmers, 80 per cent of managerial employees and 60 per cent of workers turn out to the voting booths, fewer than 40 per cent of the jobless do.

“Those who need the help of policy-makers the most are the laziest voters. There's a risk that that'll distort the composition of the Parliament,” he cautions.

Heinäluoma in a recent interview with Demokraatti estimated that the significance of second place will be greater than ever in the upcoming elections. If the Centre emerges from the elections as the largest party in the country, as recent opinion polls suggest, the runner-up place could prove more valuable than expected.

The runner-up in the elections is therefore all but guaranteed a place in the Government, believes Heinäluoma. “The two most successful parties will seek to lay a foundation for the Government. That is how it happened in 2007 as well as in 2003. I reckon that's what will happen this time as well. Because red-ochre and right-wing governments are so different, the election results will be more significant than usually.”

The relationship between the Social Democrats and the National Coalition has recently hit a rocky patch, raising doubts that the two will be unlikely to find common ground in the government negotiations. Would the Social Democrats be destined to the opposition benches if it failed to take second place in the elections?

“The public will decide,” he reminds. “It's true that there has been considerable tension between the National Coalition and the Social Democrats and that it has come to public attention. On the other hand, such tension isn't exactly rare and not an obstacle to ending up in the same Government.”

Heinäluoma also predicts that the next Government will consist of fewer ministers. When asked whether he would prefer to continue as the Speaker of the Parliament or assume a ministerial portfolio, he replies: “Hurdles should be cleared one at the time.”

He expresses his support for the social agreement proposed by Juha Sipilä, the chairperson of the Centre. “We should find consensus on how to carry out the cost cuts ahead of us between various population groups. Inevitable decisions must be carried out equally,” stresses Heinäluoma.

“How equality is taken into account in policy-making will be a test for the new Government and Prime Minister. By not targeting your support base with belt-tightening measures, you will add to the burden of those left behind. That will raise doubts over the equality of policy-making. And if you disregard taxes, austerity efforts don't affect the highest-earning decile,” he says.