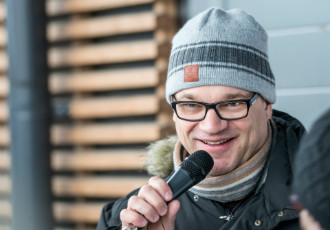 Everyone will have to compromise – except maybe for agricultural entrepreneurs, who have already suffered disproportionately.

This is how one could summarise the views of Juha Sipilä, the chairperson of the Centre Party, on the measures Finland must adopt during the next electoral term. The opposition leader has repeatedly emphasised on the campaign trail that no one should expect to get off easy.

“The agricultural sector has already had to pay,” he argues, citing the restrictions enforced by Russia on milk imports as an example.

The poll favourite does not subscribe to the view that Finland should give up its attempts to ensure the entire country remains inhabited. The objective is so dear to the Centre Party that it can be considered a political taboo, for only few policy-makers, regardless of their political orientation, have dared to call it into question.

However, statistics show that employment prospects have not improved in areas long ravaged by unemployment, such as Kainuu and Lapland. Should policy-makers not be honest with the public and admit that there simply are no funds to develop all parts of the country?

“It's not like the remote regions are being developed as it stands,” Sipilä replies.

He is confident that investments in the bioeconomy will promote employment across the country and also turn around the fortunes of crisis-ridden regions. “It's in the best interest of everyone to develop the whole country in a balanced way,” he views.

He has refused to comment on the specifics, however.

“The adjustments would primarily concern people in the early stages of their careers.”

Sipilä justifies his reluctance to shed light on the specifics with the prevalent debate culture in Finland, claiming that new proposals are typically shot down immediately – if the negotiations ever even begin, that is.

The willingness of trade unions to sit down with other stakeholders, for example, remains a mystery. Sipilä says that he has yet to look into the willingness of any stakeholder to seek an agreement. “I don't even have the mandate to do that,” he explains.

“We must stop thinking what is in it for us,” he states, estimating that all stakeholders recognise how serious the situation is for Finland. Extraordinary times, he says, call for new ideas.

“We must find an agreement, otherwise there's no hope for Finland,” warns Sipilä.

In addition, Sipilä expresses his concerns that voter turnout will decrease further in the upcoming parliamentary elections, with the Government's last few weeks in office not exactly evoking confidence in political decision-making.

Mistakes have also been made by Governments led by the Centre Party, Sipilä acknowledges. The Cabinets of Matti Vanhanen (Centre) and Mari Kiviniemi (Centre), for example, failed to recognise the gravity of the situation for Finland. The pension as well as social welfare and health care systems, Sipilä believes, should have been overhauled before the Cabinet of Jyrki Katainen (NCP) took office in 2011.

Many abandoned the Government of Katainen prematurely. Sipilä stresses that if he is appointed as the Prime Minister he expects the other ministers to stick by the Government until the end of the electoral term.

He also dashes cold water on speculation that he is poised to take the reins of the next Government by reminding that a considerable share of voters have refused to disclose their party of preference in opinion polls.

“No one will be doing anything alone. I'm under no illusion about my own capabilities. The goal is to do less but to get it done.”

This article is the fifth part of a series of eight interviews by Helsingin Sanomat with the chairpersons of the largest political parties in Finland.