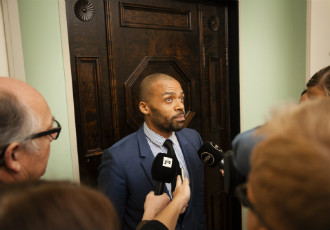 The Legal Affairs Committee of the Parliament has re-affirmed its opposition to a citizens' initiative for equal marriage rights.

The matter will nevertheless be presented to the Parliament for a vote on 28 November.

Despite admitting to being disappointed with the result, Jani Toivola (Greens), the first signatory of the objection, encouraged supporters of the citizens' initiative to turn their attention to next Friday's vote. “What's crucial is what these 200 people think about the question,” he reminded.

“I feel that this is part of a greater cultural shift, when we're talking about the rights and social position of various sexual and gender minorities,” Toivola continued.