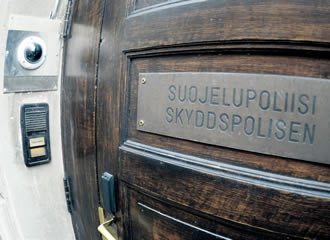 A task force set up by the Ministry of the Interior is prepared to expand the information gathering powers of agents deployed abroad by the Finnish Security Intelligence Service (Supo).

Supo has stationed agents abroad, including one permanently in the Kenyan capital of Nairobi, and may deploy one to Turkey, a transit country for militants leaving Finland to wage war in Iraq and Syria. These agents are responsible for collecting information from local authorities and, for example, helping Finland reduce the security threats posed by its citizens taking part in conflicts abroad.

The rights of the agents, however, are very limited: primarily, they have only been allowed to collect information from official and open sources.

The agents, the task force believes, should also be allowed to recruit and employ unofficial informants. Therefore, they would operate with the consent of the host country but unbeknownst to their targets.

Other means of information collection are being weighed up by a task force set up by the Ministry of Defence.

In addition, both Supo and the Defence Forces have expressed their interest in conducting mass online surveillance operations. Supo has proposed that online communications be sifted through mechanically for suspicious phenomena but not for contents, arguing that mass surveillance is needed to monitor communications between terrorists, spies and the manufacturers of weapons of mass destruction.

The Ministry of Transport and Communications has firmly opposed the demands on grounds of privacy concerns.