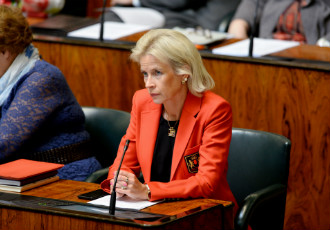 Antti Rinne (SDP), the Minister of Finance, has lashed out at Pia Kauma (NCP) for encouraging the “circulation of unfounded myths” with her “irresponsible” comments on pushchairs.

On the web-page of the SDP, Rinne writes that the ongoing debate over the benefits received by immigrants from the social services must stop and that those responsible for kindling the debate should apologise.

Kauma stirred up a debate by claiming in a recent interview with the local newspaper Länsiväylä that public funds are used to cover the pushchair costs of immigrant parents but not those of native Finns.

In addition, Rinne on Saturday called attention to an interview with Helsingin Sanomat in which Kauma estimated that no one truly needs financial support to be able to afford a pushchair. “Even my friend has received money from the social services for a pushchair. The young family needed [the money] […]. This is what the welfare state was built for: to offer support when support is needed and to enable people to get back on their feet,” the Minister of Finance writes.

Kristiina Salonen (SDP) has similarly estimated that the comments of Kauma reinforce negative prejudices. “In times like these, it is particularly irresponsible to label people in need of social assistance as some kind of bums who exploit the system,” she argues in a bulletin.

Social welfare officials have denied allegations that public funds are used to cover the pushchair costs of immigrants.

The comments of Kauma have not sparked a discussion within the National Coalition, said Arto Satonen, the chairperson of the NCP parliamentary group. “The National Coalition is under the impression that the eligibility conditions for social benefits are the same to all population groups,” he said.