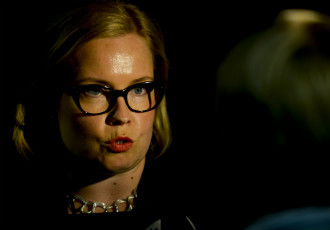 Laura Räty (NCP), the Minister of Social Affairs and Health, has come under severe criticism after pondering in public how many Finns really earn less than 2,100 or 2,600 euros per month.

In an interview with Verkkouutiset on Friday, Räty estimated that “a very small share of Finnish parents” earn less than 2,100 euros per month, prompting her political rivals and the online community to conclude that she has become estranged from the reality of low-income households.

The Social Democrats replied to Räty on Twitter, stating that half a million Finns earn less than 2,100 euros a month.

Statistics indeed indicate that the small group of Finns Räty referred to is rather big – albeit to some extent dependent on how the statistics are interpreted.

Several adults, such as entrepreneurs and students, are not in full-time employment or even employed. The Federation of Finnish Enterprises estimates that nearly a quarter of business-owners – some 47,000 – earn less than 15,000 euros a year, according to YLE.

Statistics on the taxable earnings of nearly 4.6 million Finns – including non-full-time employees but excluding capital earnings – portray a picture of a people making a rather modest living. In 2012, women in Finland earned an average of 1,799 euros and men 2,393 euros per month.

A review of the statistics shows that the group of people whose monthly earnings are lower than 2,100 euros is enormous: it includes 1.4 million or 61 per cent of women and 1.07 million or 48 per cent of men.

International comparisons typically concentrate on the average or median income of full-time employees, which at the end of 2012 were 3,206 and 2,853 euros respectively.

The suggestions that Räty has estranged from the reality of low-income families appear to be substantiated by information according to which she earned 143,304 euros as the deputy mayor of Helsinki in 2012.