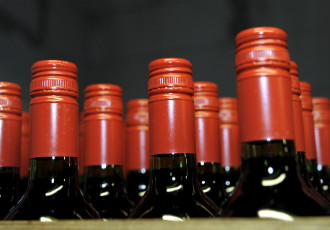 Alcohol tax rates must be lowered, the sales of wine in grocery shops permitted and the monopoly of Alko gradually dissolved, the Finns Party demands in its most recent communiqué.

The opposition party is calling for an overhaul of the Finnish alcohol policy in an attempt to tackle the problems associated with growing alcohol imports from Estonia, explains Hanna Mäntylä, the second deputy chairperson of the party.

“Finns are practically living in the prohibition era,” she argues.

“First, the sales of wines and strong beers should be permitted in grocery shops, and thereby the monopoly of Alko should be broken up. Microbreweries should be allowed to retail their products.”

Mäntylä on Thursday also urged the public and policy-makers to engage in a more open discussion about alcohol-related problems.

“It's excessive that the vast majority of Finns have to suffer from restrictions due to […] a small group of problem users. Problem users are identified, and more help should be directed to them,” she argued, adding that she is not concerned over the health effects of the proposed changes.

Addictions, she reminded, typically stem from an underlying cause, such as depression, loneliness or financial concerns.

“We should address the causes, not demonise alcohol in itself. We should be able to talk about alcohol openly, not make it a taboo. Higher tax rates and prohibitions do not change drinking habits. It's a question of attitudes.”

The Finns Party views that taxes on alcoholic beverages should be lowered closer to the levels in Central Europe.

“The most recent tax hike brought on a decline in tax revenue by increasing the amount of booze imported from Estonia. A tax cut would not cause tax revenue to decline because it would be compensated by an increase in domestic demand and by the fact that the troubles of the retail, tourism and restaurant sectors would be alleviated,” estimated Mäntylä.