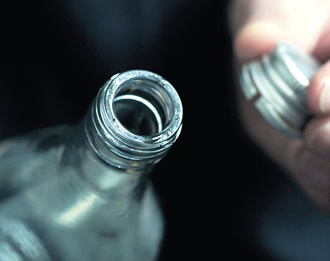 The number of oral cancers has grown steadily over the last years, the Cancer Society of Finland reports. The growth of the number of mouth cancers among men has moderated, while among women they are becoming increasingly common.

Chief Medical Officer at the Finnish Cancer Registry Maarit Leinonen states that the increase of cancers is associated with alcohol use.

"The general incidence rate of mouth cancer has been greater among men. Now women are catching up. Women's drinking habits are approaching men's, and the two things may be inter-connected," Leinonen says.

She does remind that individual factors influence cases of sickness. Even if two people drank and smoked equal amounts, one of them can become sick while the other one does not. The Cancer Society of Finland reports that bowel cancer and hepatic cancer have become more widespread.

Alcohol is considered to be a risk factor among them. Alcohol use among women also increases the risk of breast cancer.

"The risk limits of alcohol use have been presented from time to time. Yet with most cancers there is no safe limit. As doses grow, the risk of becoming sick grows exponentially," Leinonen states.