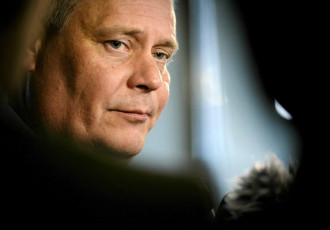 The Social Democrats (SDP) is finding it difficult to stomach the tax revisions sought by the National Coalition (NCP) in the ongoing government negotiations. The chairperson of the party, Antti Rinne, addressed the SDP parliamentary group on Thursday to report on the progress of the negotiations and to seek a mandate to continue.

The NCP has called for adjustments to the taxation of earned income in exchange for the stimulus measures – in essence, additional spending allocations – sought by the SDP.

The tax rates imposed on earned income increase automatically as wages rise, whereas the tax table is updated with so-called inflation corrections – a measure to prevent real income tax rates from creeping up. The Government has as part of its austerity effort waived the corrections due to their estimated cost of roughly 175 million euros.

Therefore, the adjustment demanded by the NCP is not a tax cut per se but rather a measure to prevent income tax rates from rising.

Information obtained by Helsingin Sanomat suggests that the SDP is uneasy with the cost of the  correction and, especially, the fact that the NCP is demanding that the correction be extended across income brackets.

Thus far, the Government has gradually raised taxes on higher-income households as part of “the solidarity measures” advocated by the SDP. The Government, the party views, should not deviate from its policy.

On Thursday, representatives of the SDP underlined to Rinne that if the corrections are re-commenced, they should focus on low and middle-income households.

No decisions have yet to be taken in the extraordinary government negotiations. Another proposal considered by the chairpersons of the ruling parties is the annulment of the windfall tax imposed on energy utilities.

The NCP, in turn, has questioned the effectiveness of a temporary stimulus effort.

The negotiations continued at the Government Palace this afternoon and appear increasingly likely to drag on until after the Midsummer.