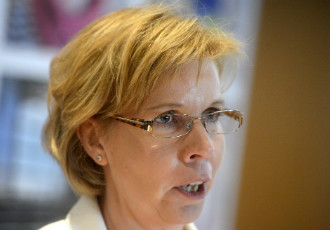 Anna-Maja Henriksson (SFP), the Minister of Justice, was on Thursday left nearly alone to speak up for Finnish penal practices as most Members of the Parliament to take the floor called for stiffer penalties for drink-drivers, arguing that the current practices conflict with the public's sense of justice.

The Finnish Parliament on Thursday discussed a citizens' demanding a firmer stance on drink-driving. The sponsors of the initiative propose that drink-drivers be imposed a driving ban and referred to treatment, and that their vehicles be impounded immediately after their first offence. Repeat offenders, in turn, should be referred to involuntary treatment and sentenced to imprisonment, the sponsors view.

“Deaths caused by drink-drivers should be re-classified as manslaughters and injuries as attempted manslaughters,” the initiative reads.

The current legislation largely complies with the demands, Henriksson insisted, reminding that the legislation already allows for the imposition of driving bans, referrals to treatment, confiscation of vehicles and imposition of prison terms. In addition, the minister pointed out that studies indicate that the introduction of stiffer penalties does not reduce the incidence of drink driving.

Instead, alcolocks, surveillance and drug policy revisions would be the most effective way to address the problem, she viewed.

Several Members of the Parliament expressed their dismay at the statements of Henriksson.

“It is as if Henriksson believes there's no need for changes. It does try your sense of justice,” stated Anu Urpalainen (NCP). Mika Niikko (PS), in turn, questioned the claim of Henriksson that stiffer punishments would not reduce the incidence of drink driving.

“General sense of justice calls for legislative revisions,” said Markku Mäntymaa (NCP), a former police officer, who also asked why punishments delivered in Finland are so often the most lenient allowed under the law.