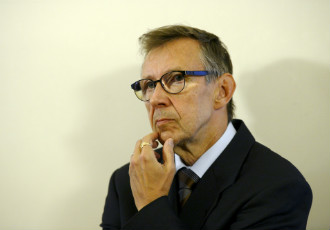 The proposal to raise the school leaving age in Finland to 17 has come under criticism from judicial experts, who have questioned the lawfulness and effectiveness of the compulsory nature of the proposal.

After Krista Kiuru (SDP), the Minister of Education, unveiled the proposal last month, it has also come under criticism from teachers' unions and members of the National Coalition.

The proposal was circulated for comments until last Friday. In most of the solicited comments, the proposed one-year raise in school leaving age is rejected in favour of more focused measures, such as additional counselling services. Although the objective of ensuring everyone obtains upper secondary qualifications is generally considered appropriate, the measures proposed to achieve that are not.

“Are compulsion and obligation really the means to get young people who are unable and unwilling to attend school due to psychological or other personal reasons to continue studying?” asks Deputy Parliamentary Ombudsman Jussi Pajuoja.

Pajuoja also regards the proposal to grant Regional State Administrative Agencies the right to impose a penalty payment on young people who abdicate their obligation as problematic. The coercive measure in question, he points out, would be administrative and its target a private citizen.

From the viewpoint of the constitution and legal protection of pupils, the power to order young people to accept a study place is similarly problematic, Pajuoja adds.

Jaakko Jonkka, the Chancellor of Justice, has asked for a more detailed report on how the penalty payment would promote the completion of compulsory education. Regional State Administrative Agencies have viewed that a fine is an unnecessarily heavy-handed measure and would not prevent the social alienation of young people.

Moreover, the funds allocated for the reform – roughly 14 million euros – are widely deemed far from sufficient to cover the costs of educating an entire age group. The Association of Finnish Local and Regional Authorities recently estimated that the reform would cost 56 million euros.