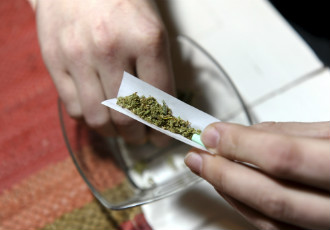 The Green League in its new manifesto demands that the focus of Finnish drug policy be shifted from punishments to reducing the adverse effects of substance abuse.

Adopted in Jämsä last weekend, the new manifesto sets forth the main political objectives of the Greens for the next five years, including addressing health inequity and improving the position of the disadvantaged.

Under these sections, the party states that “the focus of drug policy should be shifted from punishments to reducing adverse effects” and that “the criminal sanctions for the use of cannabis as well as the possession and cultivation of cannabis for personal use should be abolished”.

Outi Alanko-Kahiluoto, the chairperson of the Greens parliamentary group, reveals that the question was brought to a vote at the initiative of the Federation of Green Youth and Students (Vino) and that no discussion was held.

“I can't remember how the votes broke down, but more than half backed the initiative,” she says.

According to the Green League, several drug policy experts have recently proposed that punishments for cannabis use and possession for personal use be abolished. “Instead, more resources must be directed at the rehabilitation of substance abusers. The Greens views that it is most important to ensure substance abusers seek and receive treatment, not to punish people struggling with the problem,” the party states in the summary of its manifesto.

Kaarlo Simojoki, the chief physician at A-Clinic Foundation, reminds that even the partial de-criminalisation of cannabis can have wide-ranging implications.

“It's true that investing in the referral process and services would be smart in the case of people who are already in a weak position. On the other hand, I'm very pleased to be able to tell young people experimenting with cannabis that its use is illegal and to remind them that the criminal record can haunt them for a long time.”

The question is not black-and-white, he underlines.