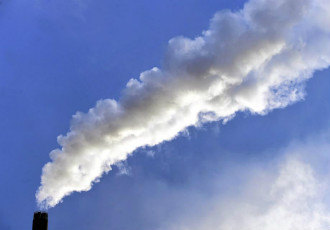 After resolving an internal deadlock, the Finnish Government has passed the disputed bill for a new climate change act – essentially an instrument to plan and monitor emissions cuts in the long term.

The Government on Thursday commented on the concrete implications of the act, underlining that its objective is to control emissions cuts and to enhance the predictability of climate policy.

“The climate change act is an attempt to establish Finland as a leader in low-carbon society. The current emissions targets, which extend until 2020, are simply not enough. We must plan for the society of 2050 today,” stated Ville Niinistö (Greens), the Minister of the Environment.

In a recent poll conducted by Taloustutkimus, nearly 80 per cent of the roughly 1,000 respondents said that they advocate the new act and the majority that they expect the Government to adopt more powerful measures to combat climate change.

The new act incorporates measures to both mitigate and adapt to climate change.

Essentially, the act obliges Finland to reduce its emissions by 80 per cent by the year 2050. In addition, it clarifies the distribution of responsibilities between various authorities in drafting climate policy and prescribes that a detailed report on the progress of the adaptation effort be presented to the Parliament annually.

“Political dialogue on climate issues will increase. This enables the Parliament to participate more closely in the formulation of climate policy,” Niinistö said.

Jan Vapaavuori (NCP), the Minister of Economic Affairs, has viewed that the new act is not a breakthrough, pointing out that a number of energy and climate strategies have been drawn up before it.

“The interests of Vapaavuori are closely associated with the industries. Vapaavuori is concerned whether the act could hamper industrial activities and bring about additional costs. In fact, this is an opportunity for Finnish industries. It's a breakthrough that so many sectors seek to address these issues,” argued Niinistö.

Will the act then create additional costs?

“We will commit to the emissions cuts cost-effectively in order to ensure that the economy thrives and the well-being of citizens increases. We will avoid unreasonable costs,” affirmed Niinistö.