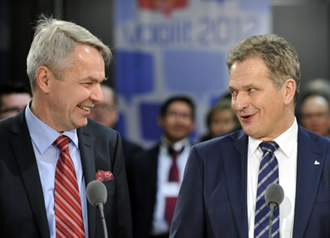 Advance voting in the second round of the presidential election begins on Wednesday, between the two top-placed candidates from the first round.

Sauli Niinistö (National Coalition Party) took home 37 per cent of the total vote on Sunday, far more than any other candidate, but also far short of the absolute majority needed to avoid a second round.

The second-placed candidate, and Niinistö’s opponent in the final phase of the elections, is Pekka Haavisto (Green Party), who received 18.8 per cent of the vote. Paavo Väyrynen of the Centre Party placed third.