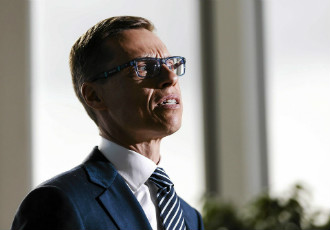 European foreign ministers are on Monday poised to decide on the expansion of the list of names subjected to the admission and financial restrictions enforced by the European Union as a response to the ongoing crisis in Ukraine.

In addition, the ministers are expected to revise the legal criteria of the sanctions to enable the EU to impose sanctions also against organisations that have benefited from the annexation of Crimea.

Reports in the media suggest that the EU is mulling over introducing sanctions against organisations, the ownership of which has been illegally transferred to entities that have benefited from the annexation.

On the other hand, no decisions on proper economic sanctions are expected on Monday.

Several member states of the EU, including Finland, have expressed their opposition to the mooted economic sanctions due to concerns over Russian retaliatory measures and the possible adverse effects on their economies.

“In my opinion, these sanctions function a bit like a nuclear deterrent,” viewed Alexander Stubb (NCP), the Minister for European Affairs and Foreign Trade. “It's in no-one's interest for us to launch the third phase of sanctions.”

Stubb on Thursday sat down with Karel De Gucht, the European Commissioner for Trade, to discuss the sanctions on Ukraine and Finland's reservations with respect to them. “We seek to look after the special interests of Finland and especially [ensure] that the costs of the sanctions are distributed evenly among all EU countries,” Stubb revealed.

“We have to mark the areas, where we want absolutely no sanctions,” he stressed.

In addition, Stubb estimated that the EU is unlikely to adopt sanctions against organisations. “We are not positive toward the idea at least at this stage,” he commented on the stance of Finland.