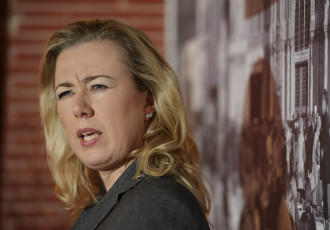 Jutta Urpilainen (SDP), the Minister of Defence, comments on a variety of accusations, questions and suggestions in an interview with Helsingin Sanomat.

The Government and Urpilainen have repeatedly called attention to the significance of encouraging economic growth and employment. Yet, the Government has decided to introduce spending cuts and tax hikes that erode aggregate demand and hardly promote employment. Why?

Balance is the key, says Urpilainen. Finland must spur domestic demand and the creation of jobs, but it must do so while keeping a lid on its debt-to-GDP ratio.

“We have sought a balance between the two. It has been a true balancing act, but I believe the balance has been found. We must gradually put an end to living beyond our means,” stresses Urpilainen.

The Government, Urpilainen reminds, has also introduced several measures to spur economic growth: the corporate tax cut, the decision to invest the proceeds of asset sales in developing competences and the decision to develop data connections.

Antti Rinne, who is to take on Urpilainen in the upcoming SDP party conference, has said that he would have taken a different route. In a period of low interest rates, Rinne would not have placed so much emphasis on debt reduction but rather invested more in stimulus measures – in roads and mould-ridden schools.

“The problem of the Finnish economy is not cyclical. The problem is structural,” reiterates Urpilainen.

Stimulus measures adopted during an economic down-swing, she argues, do not address the structures of the economy and therefore would not alleviate the current problems.

Urpilainen also points out that the Government has invested in the country's road network, mould-ridden schools and residential construction. “But structural problems cannot be resolved through borrowed stimulus.”