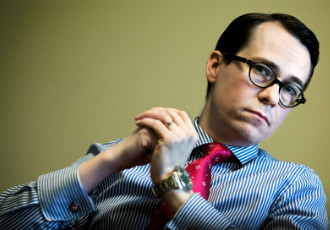 Carl Haglund (SFP), the Minister of Defence, has rejected the proposal by Eero Heinäluoma (SDP), the Speaker of the Parliament, to acquire JAS Gripen fighters from Sweden in a bid to promote Nordic co-operation.

“The Finnish Air Force must get the best equipment we can afford,” Haglund states.

“Our possible collaboration with Sweden must entail rational projects. This is not a question of industrial policy but of defence policy.”

“Although I advocate co-operation with Sweden, we should not acquire Swedish JAS fighters when we could acquire American F-35 stealth fighters for roughly the same price. Performance must take precedence in the investment,” emphasises Haglund.

The current defence appropriations, he admits, will not suffice for the planned fighter acquisition. “There may be fewer aircraft than at present, but the price tag will be a minimum of five billion euros. A special funding is required.”

On the other hand, the appropriations will suffice for the planned investments in the Finnish Army and Navy, if the Defence Forces is granted the increase of 150 million euros it has requested in its annual budget.

The Finnish Navy has already initiated negotiations with Sweden over a possible warship acquisition.

The focus of the ongoing efforts to develop Finland's defence capabilities will for the present remain on the Finnish Army but in the next decade gradually shift to the Navy and thereon to the Air Force.

According to Haglund, discussions during last week's meeting of the Foreign Affairs Council in Luxembourg indicate that several European countries are poised to increase their defence spending as a consequence of the crisis in Ukraine. “The conclusion drawn by many a country […] is that more money must be spent on defence. There are no other options. To me, it's surprising how many countries are set to do so,” reveals Haglund.