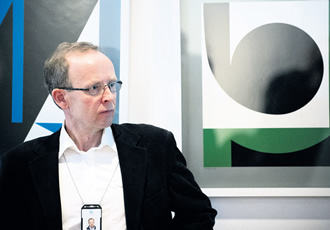 “Russia’s foreign ministry is asking Finland to provide further clarification of the actions of Seppo Knuuttila, a researcher from the Finnish Environment Institute (SYKE), in Kingisepp near the Estonian border last week.

‘The Ministry of Natural Resources and Environmental Protection of the Russian Federation has sent all its partners-in-cooperation more information about the incident. A request has been made for Finland to provide a comprehensive estimate of Knuuttila’s behaviour,’ said press officer Aleksandr Lukaševitš from Russia’s foreign ministry in a statement on Saturday.

Russia condemns the actions of the researcher.
‘[Knuuttila’s behaviour] cannot be accepted within the framework of cooperative action.’

According to Russia’s foreign ministry, Knuuttila left the sampling area that had been agreed upon earlier and entered the grounds of the fertiliser factory Fosforit, where he was then arrested.

Knuuttila was arrested two weeks ago during an official mission to collect water samples near the now infamous fertiliser factory Fosforit. The Russian security agency FSB interrogated him on the premises of the factory for hours. He was questioned again at the Finnish-Russian border.”