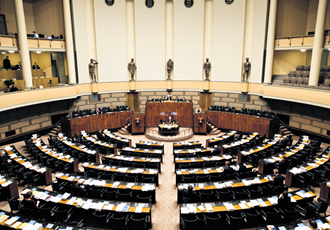 Twenty MPs seeking re-election are at risk of being voted out, says a new study predicting a large change in the distribution of the Parliament's seats.

Up to one third of the Parliament's members might be replaced as the citizens elect the new MPs in April. Until now, 30 MPs have made public their intentions of leaving their seats free-willingly. Based on a new report, approximately twenty are at risk of not being re-elected.

According to a new report commissioned by Talouselämä magazine and the Centre of Parliament Research, the Centre Party would gain up to 15 additional seats, the Left Alliance three and the Green Party two seats in the new Parliament.

In turn, SDP would lose 11 MP seats, the National Coalition Party two, the Finns Party two, Swedish National Party one, and Christian democrats up to four seats. In these parties, many MPs hoping for a re-election have got a reason to be worried.