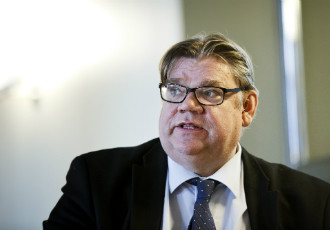 According to the chairman of the Finns Party Timo Soini, variation in support for a party is normal. In an interview for Lännen Media, Member of the European Parliament Jussi Halla-aho (Finns Party) recently critisised Soini and his party for avoiding immigration issues, which he claims has caused a decline in support of the party. Furthermore, Halla-aho claimed that the party betrays its voters if it doesn't alter its policy visibly.

Soini responded to Halla-aho's critique in his blog. Soini emphasises in his post that the Finns Party is a diverse party, promoting various different things.

"Immigration cannot provoke a row within the Finns Party. Many themes fit into a diverse citizens' movement and so it should be," Soini writes.

He also reminds that variation in support of a party is normal.

"The party always aims to gain the best possible support rating but not by any means. When talking about morals, one should first take a look in the mirror," Soini snaps.