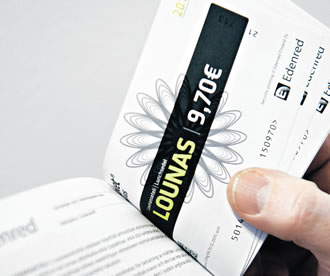 Suomen Yrittäjänaiset (The Women Entrepreneurs of Finland) objects to the tax office's plans to discontinue the use of lunch vouchers.

"Discontinuing the use of lunch vouchers would reduce the amount of lunches bought in restaurants, increasing unemployment in the catering business and decreasing tax revenue," the chairperson for Suomen Yrittäjänaiset Seija Estlander states in the organisation's bulletin.

According to Estlander, the estimated savings on taxes would at worst cause greater unemployment expenses.

"What also needs to be taken into account is that apart from the jobs created by the additional revenue, investment in healthy eating is also at stake. It is surprising that the vouchers are only seen as an expense. Previously they were also regarded as a positive contributor to the employee's and their family's food culture," reflects the executive director of Suomen Yrittäjänaiset Heli Järvinen.

Suomen Yrittäjänaiset reminds that the resolve of the restaurant business has already been tested by many recent decisions, such as raising the VAT and alcohol tax and the terrace legislation.