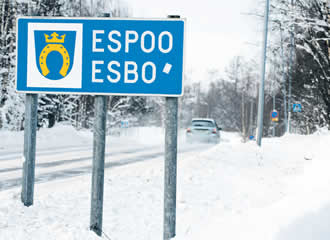 "A new study proposes combining the five municipalities of the Metropolitan area.

The ministry of finance launched a specific inquest of the division of municipalities in the Helsinki metropolitan area in December 2013. The inquest report was published on Friday.

Those investigating the division of municipalities in the metropolitan area Mikko Pukkinen, Cay Sevón and Matti Vatilo propose combining the five municipalities to create a new metropolitan city. Helsinki, Espoo, Kauniainen, Sipoo and Vantaa would be included. They also suggested including the Southern part of Tuusula, which borders the Helsinki-Vantaa airport.

"The aim is to create a future-oriented, sustainable city, which has resources to take care of the well-being of its citizens, is culturally open and invigorating and takes responsibility of the international success of Finland," Pukkinen writes in the bulletin.

The governments of the municipalities will gather the opinions of the citizens and take the proposition to the disposal of the council in February-March."