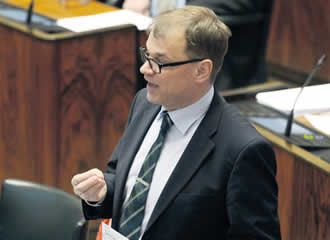 ILTALEHTI found out what the Chairman of the Centre Party Juha Sipilä thinks are the reasons behind the recent increase in support for the Centre.

"Persistent work and solution-seeking attitude. We've also been determined in wanting to change the conversational culture in politics," Sipilä describes.

Sipilä does not want to estimate why the support for the Coalition Party is in steep decline. Nevertheless, he says that the reason lies more in the opposition politics of the Centre rather than on the Coalition Party's blunders in the Government. If the Centre Party is in the next Government – which seems very likely at the moment – Sipilä wants to make the government program sweeping.

"Strategic program, which concentrates on five to seven objectives," he defines.

The Chairman of the Centre Party does not want to comment on the possible composition of the government post-election, but says that it depends on the electoral results.