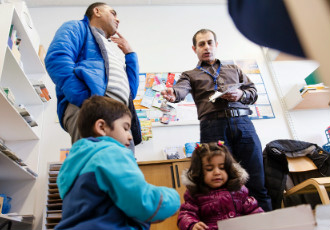 The Hospital District of Helsinki and Uusimaa is alongside the three major metropolitan cities one of the largest clients of the interpreting centre. “In particular, services are bought by providers of health, social and education services – such as hospitals, kindergartens, maternity clinics, mental health clinics and schools,” says Tatjana Andrejev, a director at the Helsinki Region Community Interpreting Centre.

“Officials need interpreters to carry out their official duties properly. We make sure that this can happen,” Andrejev says.

Under the Administrative Procedure Act, Finnish authorities are obliged to organise translation or interpretation in matters initiated by authorities, if a client has insufficient Finnish or Swedish skills.

To an extent, the rising translation and interpretation costs are attributable to the concentration of immigrants in the Helsinki region. While roughly 8.4 per cent of the residents in the region are foreign citizens, the nationwide average is only 3.6 per cent, Statistics Finland reports.

“The growth in the number of immigrants is very rapid in the capital region, and this must be taken into account also in services,” reminds Satu Tyry-Salo, the communications director at Espoo.