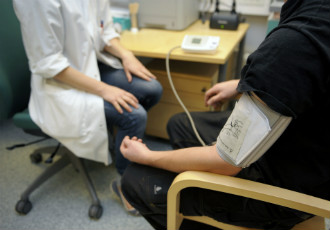 The gender gap in higher education has widened further in Finland. While nearly every second 30—34-year-old woman in the country had a higher education degree in 2012, fewer than one in three of their male contemporaries did. In the age bracket, the gap has thereby widened to over 17 percentage points.

In older age groups, however, the gender gap remains notably narrower. Of the 50—55-year-old population, 20 per cent of women and 18 per cent of men had a higher education degree in 2012.

Men over the age of 55, in turn, were notably more highly-educated than their female contemporaries, indicate statistics published yesterday by Statistics Finland to commemorate the seventh annual Minna Canth Day.

In 2012, 54 per cent of students at higher education institutions in Finland were women. The dominance of women increases further when looking at completed degrees, with 60 per cent of the degrees completed that year being granted to women.

On the other hand, conventional gender roles seem to continue to govern the choices of young Finns. The publication by Statistics Finland – Women and Men in Finland – indicates that women are still drawn particularly to the so-called soft sciences.

In addition, conventional gender roles are manifested in university admissions, with women accounting for 74 per cent of students in degree programmes in humanities. Similarly, nearly two-thirds of medical and dentistry students were women in 2012.

In recent years, the gender balance has also shifted in the favour of women among law students.

In contrast, nearly 80 per cent of students in the field of technology were men.