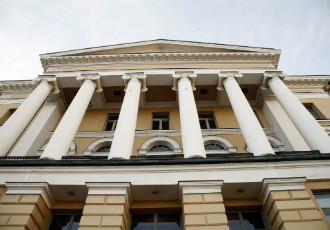 A young man and woman have been detained for allegedly planning a bomb attack on the University of Helsinki, Iltalehti reported on Friday. According to the tabloid daily, the two suspects were detained last Saturday in a secret detention hearing at the District Court of Helsinki on suspicion of the preparation of an offence directed against the life or health of others.

The police have confirmed to Iltalehti that a pre-trial investigation into the matter is ongoing. Otherwise, however, the investigators remain tight-lipped about the details of the case, refusing to comment on the motive and target of the possible attack.

The two suspects, a 23-year-old man and a 24-year-old woman, are both Finnish citizens. According to Iltalehti, the man is originally from northern Finland and the woman from the Helsinki region. Neither of them are enrolled at the University of Helsinki.

The police apprehended the suspects at different times last week and, according to information obtained by the daily, have also seized explosives in the course of the pre-trial investigation.

The police have not confirmed the report, with Arto Karalahti, an inspector at the Helsinki Police Department, stressing to Iltalehti that the investigators are not at liberty to discuss the developments at this stage.

In December 2012, a building of the department of biosciences on the Helsinki Viikki Campus was evacuated after a suspicions parcel with the word bomb written on it was discovered outside the building. The parcel turned out to contain flowers. The police investigated the incident as criminal disturbance.