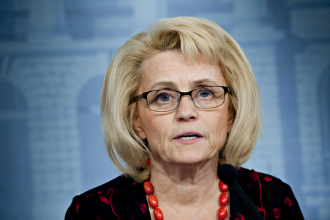 Finland's Minister of the Interior Päivi Räsänen (Christian Democrats) urged the European Union to introduce a credible system for the return of illegal aliens in her address at the Justice and Home Affairs Council in Brussels earlier this week.

“It is really important that the EU also has a uniform return policy,” Räsänen viewed.

In effect, the return policy would concern illegal aliens whose asylum applications have been turned down.

In addition, Räsänen suggested that the EU should considering initiating negotiations over new readmission agreements. “From Finland's point of view, voluntary departure would nevertheless remain the primary option,” she added.

If the EU is unable to agree on issues pertaining to readmissions with a third country, its member states can pursue a resolution through bilateral negotiations.