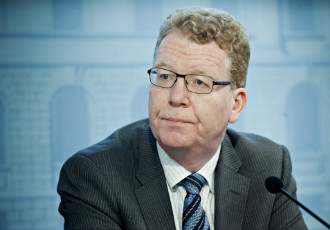 Alcohol consumption in Finland has declined hand-in-hand with the erosion of the purchasing power of Finns. On Wednesday, the Finnish Hospitality Association (MaRa) revealed that revenue from the alcohol tax in 2013 was 93 million euros lower than anticipated by the Government in its budget draft.

“I believe the poor yield is a result of people no longer being able to consume. They spend money more frugally and consider their [consumption habits] more carefully. This has also resulted in a decline in alcohol consumption,” Holm explains.

Roughly half of the deficit in the tax revenue, he views, is attributable to the eroding purchasing power, while alcohol tax hikes and personal imports from Estonia each account for one-quarter of it.

However, Holm also rejects the claim by MaRa that alcohol tax hikes present no benefits for Finland.

“Revenue from alcohol tax will increase very slowly, because the purchasing power of earners isn't exactly growing and the wage hikes planned for this year are very moderate. I would estimate that if the income of households grew by ten per cent in the long term, alcohol consumption would increase as much.”

“If the price of alcohol rose by ten per cent, consumption would fall by seven per cent. The price hikes may promote [personal] imports, but tax hikes always present benefits for the public economy – even if some of the benefits end up elsewhere,” argues Holm.

Holm views that any further alcohol tax hikes should be very moderate and maybe only target wines and spirits, which are not imported from Estonia to the extent milder alcoholic beverages are.