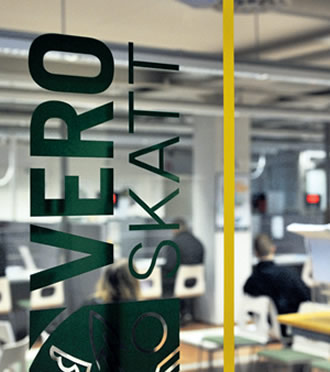 "Under the current legislation, they don't have sufficient authority to deal with tax matters. And for this reason residents won't be able to take care of their tax business in accordance with the one-stop principle," Lähteenmäki comments.

The reform will force the tax administration to tighten its belt and shut customer service points in Mikkeli and Parainen next autumn when the project kicks off with a pilot phase.

Tax offices in Jyväskylä, Lahti, Joensuu, Kokkola, Pori, Rovaniemi, Hämeenlinna and Lappeenranta are among the service points under threat of closure when the project gets properly off the ground later on.

The new service system will not affect any jobs during the pilot run as the staff will carry on with their work in the offices behind the closed doors.

Lähteenmäki argues that the reform will dent the quality of customer services.

"Clients can only book a time for remote services with a tax administration expert via the joint service point, meaning that the client will have to pay the service point a second visit. In addition, the remote services that can be offered are limited to certain services."