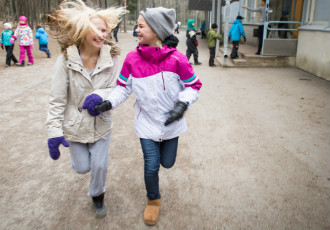 The Finnish anti-bullying programme KiVa Koulu is gaining recognition across Europe. Last year, 40 school counsellors from seven European countries – including Belgium, Italy, Greece and Luxembourg – received training in preparation for the introduction of the research-based programme in up to hundreds of schools.

In 2012, the programme was introduced in 99 Dutch schools.

“The effectiveness of the programme is based on the fact that everyone is responsible for the well-being of the group. Thereby, there are no bystanders in bullying. Resources are channelled to promoting involvement, and not all energy is used to help victims and to educate bullies,” Gijs Huitsing, a researcher at the University of Groningen, says.

In the Netherlands, the number of bullies and victims of bullying has fallen 20 percentage points more in schools that have introduced the anti-bullying programme than in the control schools.

“Bullying decreased in all Dutch schools – also in the control schools of our study – due to three tragic suicides that occurred over the year. Bullying was therefore discussed more,” Huitsing explains.

“In addition, the KiVa Koulu programme has resulted in noticeable changes in the actions of teachers. The findings suggest that teachers now treat reports of bullying more seriously and are better equipped to intervene,” adds Huitsing.

The rights to distribute the KiVa Koulu licences to third parties are held by the University of Turku, which uses the proceeds to promote the further development of the programme.

Although similar programmes have been developed and implemented in several countries, KiVa Koulu stands out due to the decades of research poured into it, believes professor Christina Salmivalli, the acting leader of the anti-bullying programme.

“There are no findings of the effectiveness of the other programmes used in the Netherlands,” she points out.