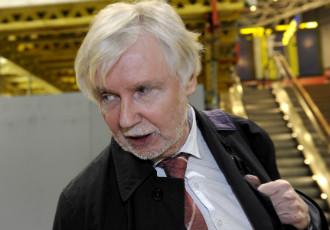 Finland's Minister for Foreign Affairs, Erkki Tuomioja (SDP), has reiterated his concerns about the situation in Ukraine, viewing that the actions of Russia on the Crimean peninsula violate international law.

“It was essentially a military seizure of Crimea carried out namely by troops commanded by the Russian government, although local and other actors also took part,” the experienced lawmaker estimated on Saturday.

“It looks like [the seizure] was bloodless, but it is regardless an operation that violates international law and treaties ratified by Russia, and infringes the territorial integrity of Ukraine,” summarised Tuomioja.

The actions of Russia, he estimated, will inevitably affect its international relations. In Finland, the recent developments in Crimea will be discussed by President Sauli Niinistö and the Cabinet Committee on Foreign and Security Policy on Sunday. The Foreign Affairs Council of the European Union, in turn, will on Monday convene for an extraordinary session to contemplate the situation.

Finland will co-ordinate its possible response with the European Union, Tuomioja revealed.

“The immediate measures may not be considerable, but if Russia pursues constructive co-operation with the European Union it must abandon such unilateral military actions and sit down at the same table to determine how the future of Ukraine can be resolved in a manner that respects the country's sovereignty and integrity, and […] the rights of all minorities,” emphasised Tuomioja.

The minister also reminded that extensive international co-operation would have been required due to the fact that the Ukrainian economy is on the brink of collapse. This, he believes, should also have been in the interest of Russia.