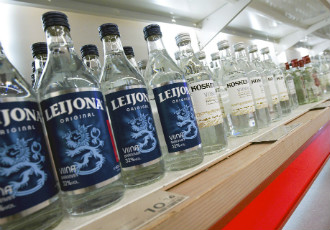 Alcohol and drug use place a substantial burden on Finland's public coffers, with the related costs creeping up to approximately two billion euros in 2011 – equalling the funds allocated annually for Finnish universities and the operations of the Defence Forces.

In comparison, the annual operating costs of the Finnish Police are no more than roughly 800 million euros.

In 2011, alcohol related costs increased by roughly 4 per cent and drug related costs by as much as 11 per cent from the previous year, according to the Yearbook of Alcohol and Drug Statistics published by the National Institute for Health and Welfare (THL). Tuomo Varis, a senior planning officer at THL who is currently updating the estimates, says that alcohol related costs have certainly not declined.

In the public sector, the use of alcohol and other intoxicants increase, for example, health care, social welfare and policing costs.

“Intoxicants cause harm and consume resources,” summarises Hannu Alho, a professor of addiction medicine at the University of Helsinki. Alho points out that although the growth in alcohol consumption has been on the wane in recent years, the prevalence of cirrhosis, for example, has increased.

“Also the number of deaths from [alcohol] poisoning is higher in Finland than elsewhere in Europe,” he adds.

Meanwhile, more than one-third of the offences – and as many as over half of the assaults – recorded in Finland are committed under the influence of alcohol or drugs. Inspector Ari Järvenpää says that there seem to be more people who use multiple substances, so-called mixed users, than roughly a year ago.

Despite a breath test showing no more than 0.5 per thousand of alcohol, suspects may be “so messed up that they know nothing of the earth and the moon,” Järvenpää says.