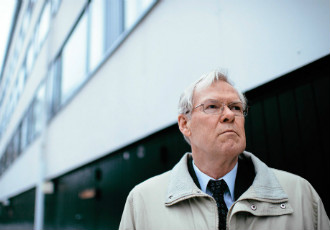 The Helsinki Court of Appeal has cut several years off the prison sentences handed down to a couple by the District Court of Helsinki for the torture of a four-year-old child, despite concurring that the child had been subjected to exceptionally cruel physical and psychological abuse over a long period of time.

A public statement released earlier by the district court indicates that the couple, for example, pulled two teeth out of the child's mouth and forced the child to stay under a cold shower for up to tens of minutes. The child consequently had bruises and deep cuts across their body, and was suffering from anaemia due to the loss of blood.

The offences took place over a few-month period in 2011—2012 and are documented in over 61 hours of video footage recorded by the couple.

As a result, both courts found the couple guilty of aggravated assault and aggravated deprivation of liberty, agreeing on the evaluation of evidence and descriptions of the acts.

Yet, the Helsinki Court of Appeal decided to cut the punishments imposed on the couple from 11 years to 8 years in prison, despite viewing that the child had been subjected to torture-like treatment and that the punishments should therefore be stricter than the ones generally handed down. Under the Criminal Code, the offences could have carried a maximum penalty of 13 years' imprisonment.

In light of the exceptional cruelty of the offences, the punishments handed down by the court of appeal are too lenient, believes Pekka Viljanen, a professor of criminal and procedural law at the University of Turku. “In my opinion, eight years is not enough. The act was so aggravated that it's difficult to come across more aggravated cases of the offences. If a penalty is five years short of the maximum penalty, it's relatively minor,” argues Viljanen.