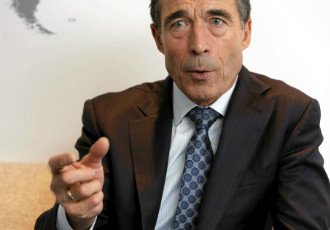 Anders Fogh Rasmussen, the Secretary General of Nato, assures in an interview with Helsingin Sanomat that Finland would not be required to revise its territorial defence upon seeking membership in the military alliance.

“On the contrary, a part of Nato membership is that each member is also responsible for defending their own territory,” Rasmussen states, emphasising that territorial defence is, in fact, the essence of Nato.

In Finland, the debate over Nato membership has revolved around concerns about the subsequent military duties and the fate of the country's own defence solution. Founded on general conscription and territorial defence, which are unsustainable in their current extent in both economic and military terms, the solution may have to be overhauled in the future.

The joint defence system of the military alliance, on the other hand, would require no revisions to Finland's defence solution, Rasmussen asserts.

Rasmussen affirms that Finland would not be required to revise its defence solution due to the military alliance's joint defence system.

How, then, would Nato respond to the hypothetical demand that no foreign military bases and, in particular, nuclear weapons be stationed in Finland? Rasmussen replies as the seasoned politician he is, emphasising calmly that he does not interfere in national decision-making.

“I don't plan on interfering in the national debate over whether you want to join or develop the partnership,” he says. He also reminds that new member states require the unanimous approval of all 28 Nato members – that is, the Secretary General does not conduct membership negotiations.

With respect to the military bases and nuclear weapons, Rasmussen provides no straight answer, although in light of recent membership negotiations they are unlikely to pose particular problems. New members are, however, obliged to approve the alliance's military doctrine, which being based on nuclear deterrence has been opposed by, for example, Germany and Norway.

Similarly, Rasmussen declines to speculate on the impact of the low public support for Nato membership in Finland. “Both Sweden and Finland are advanced democracies, and I can't imagine membership applications without relatively broad political and national support.”